Do you know what makes you, you? Mike thought he did until a diagnosis of Asperger’s Syndrome in his sixties made him rethink who he was, and how he got there. 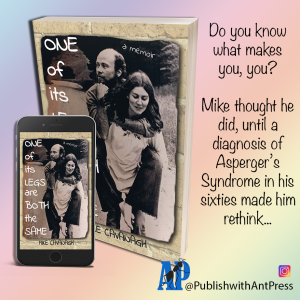 ‘One of its Legs are Both the Same’ is Mike’s memoir of being, as his mum would say, different. An intriguing and rollicking tale of the hippie era of the early 1970s, featuring murderous rats, painfully low door lintels, angry spiders and a rabid duck.

Ant Press is delighted to announce that Victoria T

Ant Press is delighted to be helping L.E. Decker g

We thought you may like to see how Craig Tooker’