One of its Legs is on Preorder!

We’re delighted to announce that Ant Press author Mike Cavanagh’s fascinating new memoir, One of its Legs are Both the Same is now available on pre-order until 29th August when it will be released in ebook and paperback. 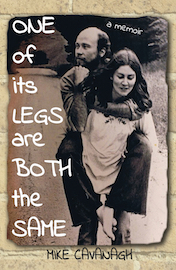 Do you know what makes you, you? Mike thought he did, until a diagnosis of Asperger’s Syndrome in his sixties gave him pause to rethink who he thought he was, and how he got there. ‘One of its Legs are Both the Same’ is Mike’s memoir of being, as his mum would say, different. An intriguing and rollicking tale of the hippie era of the early 1970s, featuring murderous rats, painfully low door lintels, angry spiders and a rabid duck. Forced to face demons of his own making, and finding guardian angels in unexpected places, Mike eventually finds understanding of his life of difference amidst events and circumstances of trauma, bizarre happenings (including being sexually molested by a glowing cat), serendipity and near misses, as well as beauty and much laughter. And a lot of no sex.

Congratulations to Annemarie Rawson whose memoir,

Alyson Sheldrake has launched not one, but two bes

Although Jacquelyn Todd has completed her Cowboy C

When our authors told us that they were selling pl

You have my undying gratitude for your patience, your kindness and all of your personal and extra help which has been vital to achieve this production. Let’s hope we can work together again on my next one ( which is half finished by the way!)